Combining alcohol and energy drinks: An examination of psychosocial constructs and alcohol outcomes among college students using a longitudinal design 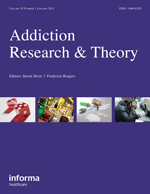 Combining alcohol and energy drinks (e.g., Red Bull and vodka) is a significant problem on college campuses. To date, few studies have examined psychosocial constructs specific to alcohol-energy drink cocktail (AmED) consumption that could be amenable to change via prevention efforts targeting this population.
The aim of the current study was to examine differences in AmED-specific attitudes, beliefs, normative perceptions among students who report AmED use compared to college student drinkers who consume alcohol only. In addition, these two groups were compared on their intentions to consume AmEDs, actual AmED use, and other drinking outcomes using a longitudinal design.
Participants (N  =  386, 59% female) completed a web-based survey in the spring of their first year of college and fall of their second year assessing alcohol-energy drink cocktail use, psychosocial decision-making constructs, heavy drinking, and alcohol-related consequences.
Findings revealed that combiners of alcohol and energy drinks had more positive attitudes and beliefs about AmED use, higher perceived peer norms, and stronger intentions toward future use. Accordingly, at Time 2, this group reported significantly higher AmED use, along with high-risk drinking and related consequences.
The findings reinforce that AmED use is associated with risky drinking practices, and suggest potential targets for change for future prevention efforts.

Request Reprint E-Mail:   mmarzell@prev.org
at 6:00 AM