Cognitive–behavioral treatments (CBT) are among the most popular interventions offered for alcohol and other substance use disorders, but it is not clear how they achieve their effects. CBT is purported to exert its beneficial effects by altering coping skills, but data supporting coping changes as the mechanism of action are mixed. The purpose of this pilot study was to test a treatment in which coping skills were trained in a highly individualized way, allowing us to determine if such training would result in an effective treatment.

The IATP approach was more successful than PCBT at training adaptive coping responses for use in situations presenting a high risk for drinking. The highly individualized IATP approach may prove to be an effective treatment strategy for alcohol-dependent patients.

Mechanism of protection against alcoholism by an alcohol dehydrogenase polymorphism: development of an animal model
The FASEB Journal Published online before print August 26, 2009

Humans who carry a point mutation in the gene coding for alcohol dehydrogenase-1B (ADH1B*2; Arg47His) are markedly protected against alcoholism. Although this mutation results in a 100-fold increase in enzyme activity, it has not been reported to cause higher levels of acetaldehyde, a metabolite of ethanol known to deter alcohol intake. Hence, the mechanism by which this mutation confers protection against alcoholism is unknown.

To study this protective effect, the wild-type rat cDNA encoding rADH-47Arg was mutated to encode rADH-47His, mimicking the human mutation. The mutated cDNA was incorporated into an adenoviral vector and administered to genetically selected alcohol-preferring rats.

This brief increase (burst) in arterial acetaldehyde concentration after ethanol ingestion may constitute the mechanism by which humans carrying the ADH1B*2 allele are protected against alcoholism.

Functional CRH variation increases stress-induced alcohol consumption in primates
PNAS August 25, 2009 vol. 106 no. 34 14593-1459
Corticotropin-releasing factor (CRF), encoded by the CRH gene, is a key integrator of stress responses, and, as such, CRH gene variation may contribute to individual differences in susceptibility to stress-related pathology. In rhesus macaques, a single nucleotide polymorphism (SNP) is found within the CRH promoter (−248C→ T).
Here, we assessed whether this variant influenced stress responding and, because increased CRF system activity drives alcohol drinking in rodents, we examined whether it predicted voluntary alcohol consumption as a function of prior stress exposure.
Using a hypothalamic nuclear extract, we showed that the −248 T allele resulted in increased DNA protein interactions relative to the C allele. In vitro, the T allele resulted in CRH promoter activity that was higher following both stimulation with forskolin and treatment with dexamethasone. Endocrine and behavioral responses to social separation stress (release of ACTH and cortisol, and suppression of environmental exploration, respectively) were higher among carriers of the T allele, particularly among those exposed to early adversity in the form of peer rearing. We also found that T allele carriers with a history of early life adversity consumed more alcohol in a limited-access paradigm.
Our data suggest that CRH promoter variation that confers increased stress reactivity increases the risk for alcohol use disorders in stress-exposed individuals.
Read Full Abstract
Request Reprint E-Mail: cbarr@mail.nih.gov
____________________________________________________________________
at 12:18 PM

Neurocircuitry of Addiction
Neuropsychopharmacology advance online publication 26 August 2009;
Drug addiction is a chronically relapsing disorder that has been characterized by (1) compulsion to seek and take the drug, (2) loss of control in limiting intake, and (3) emergence of a negative emotional state (eg, dysphoria, anxiety, irritability) reflecting a motivational withdrawal syndrome when access to the drug is prevented. Drug addiction has been conceptualized as a disorder that involves elements of both impulsivity and compulsivity that yield a composite addiction cycle composed of three stages: 'binge/intoxication', 'withdrawal/negative affect', and 'preoccupation/anticipation' (craving).
Animal and human imaging studies have revealed discrete circuits that mediate the three stages of the addiction cycle with key elements of the ventral tegmental area and ventral striatum as a focal point for the binge/intoxication stage, a key role for the extended amygdala in the withdrawal/negative affect stage, and a key role in the preoccupation/anticipation stage for a widely distributed network involving the orbitofrontal cortex–dorsal striatum, prefrontal cortex, basolateral amygdala, hippocampus, and insula involved in craving and the cingulate gyrus, dorsolateral prefrontal, and inferior frontal cortices in disrupted inhibitory control.
The transition to addiction involves neuroplasticity in all of these structures that may begin with changes in the mesolimbic dopamine system and a cascade of neuroadaptations from the ventral striatum to dorsal striatum and orbitofrontal cortex and eventually dysregulation of the prefrontal cortex, cingulate gyrus, and extended amygdala.
The delineation of the neurocircuitry of the evolving stages of the addiction syndrome forms a heuristic basis for the search for the molecular, genetic, and neuropharmacological neuroadaptations that are key to vulnerability for developing and maintaining addiction.
Read Full Abstract
Request Reprint E-Mail: gkoob@scripps.edu
_______________________________________________________________________
at 9:18 PM 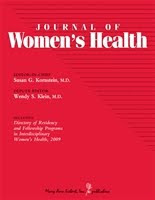 Altered gene expression in neural crest cells exposed to ethanol in vitro
Brain Research Article in Press 22 August 2009
To characterize and compare ethanol-induced changes of gene expression in cells from the cranial (cNCC) and trunk (tNCC) portion of the neural crest cell (NCC) population of day-10 rat embryos.
Ethanol causes a shift towards apoptosis in both cNCC and tNCC, a shift, which is diminished by NAC treatment. Oxidative defense genes, and genes involved in neural crest cell development are affected differently in cNCC compared to tNCC upon ethanol exposure. Moreover, ethanol down regulates cNCC Hox genes, whereas tNCC Hox genes are up regulated.
These patterns of ethanol-altered gene expression may be of etiological importance for NCC-associated maldevelopment in ethanol-exposed pregnancy.

Interventions and Assessments
Are Brief Alcohol Interventions Likely to be Effective in Routine Primary Care Practice?
Do Biomarkers Improve the Accuracy of Alcohol Screening in Acutely Injured Adults?
Does Clonidine Reduce the Duration of Opioid Therapy for Neonatal Abstinence Syndrome?
Initiating Acamprosate during Alcohol Detoxification Is Not Beneficial and May Be Harmful
Implantable Naltrexone for Opioid Dependence
Treatment of Hepatitis C within a Methadone Maintenance Program Yields Results Comparable to Treatment via Other Models of Care
Effect of a Case Management Intervention as Part of a Needle Exchange Program on Opioid Agonist Treatment Retention
Health Outcomes
Alcohol Consumption Increases the Risk of Acute Myocardial Infarction in the Next 12 Hours
Alcohol and Pancreatic Cancer
Heavy Drinking and Smoking are Associated with an Increased Risk of Chronic Pancreatitis
More Evidence Heavy Episodic Drinking Heightens HIV/STI Risk
Alcohol and HIV Disease Progression: Is Liquor Quicker (than Beer and Wine)?
Alcohol, Other Lifestyle Factors, and Mortality
Increases in Methamphetamine-Related Treatment Admissions for Pregnant Women
Announcement
Welcome to Our New Associate Editors
Slide Presentations
Update on Alcohol, Other Drugs, and Health
Journal Club
_______________________________________________________________
at 1:08 PM