A one day conference organised by Edinburgh Cyrenians, in association with Create Consultancy, Comic Relief, INEBRIA and Alcohol Research UK.

Since the Scottish government published Changing Scotland's Relationship with Alcohol in 2008, Scotland has been setting an example worldwide in terms of political commitment and funding for the delivery of alcohol screening and brief interventions in primary care. As strategic, multi-agency Alcohol and Drug Partnerships become responsible for continued investment in this approach, interest in whether the model can be successfully replicated across community settings is growing.

The conference will feature international speakers from INEBRIA as well as local academics and practitioners. It will discuss the evidence base for brief interventions in non-healthcare settings and debate whether more evidence is required before introducing the model to diverse settings and client groups. It will ask: should the traditional model of ABI be adapted for community settings? What are the challenges of implementation with vulnerable groups and young people? And how can projects measure the impact of alcohol brief interventions and contribute to the evidence base? > > > > Read More

The survey, conducted on behalf of the Department of Health, Social Services and Public Safety, examines the amount people drink, when, where and what they drink and who they drink with.

It also examines how drinking behaviours vary across different sections of the public, the proportion of people who binge drink, problem drinking, and perceptions of drinking.

The following results are based on those respondents who drank alcohol in the week prior to the survey.

Days on which drinking occurs:

Where and with whom people drink: 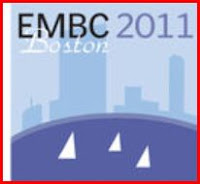 EMBC'11 Paper Abstract
The influence of family history and genetics on the risk for the development of abuse or dependence is a major theme in alcoholism research. Recent research have used endophenotypes and behavioral paradigms to help detect further genetic contributions to this disease.

Electronic tasks, essentially video games, which provide alcohol as a reward in controlled environments and with specified exposures have been developed to explore some of the behavioral and subjective characteristics of individuals with or at risk for alcohol substance use disorders.

A generative model (containing parameters with unknown values) of a simple game involving a progressive work paradigm is described along with the associated point process signal processing that allows system identification of the model.

Potential meanings of the different parameter values are described.

Inpatient healthcare providers in the United States may soon be required to offer alcohol screening, brief intervention, and referral to treatment (SBIRT) for hospital accreditation, but little is known about inpatient acceptability for SBIRT, particularly when performed by nonphysician providers such as nurses. The purpose of this study was to assess patient acceptability for and comfort with nurse-delivered SBIRT care among hospitalized patients and to identify factors associated with SBIRT acceptability.

We conducted a cross-sectional survey of 370 hospitalized medical–surgical patients at a large university-affiliated medical center, which is part of the U.S. Department of Veterans Affairs.
Patient acceptability for 8 of 10 individual nurse-delivered SBIRT tasks was >84%. Patients were more accepting of SBIRT tasks if they felt able to determine their alcohol risk, able to reduce alcohol-related health risks, and expressed some degree of concern about their own use of alcohol. Approximately 20% of patients reported some degree of personal discomfort with alcohol-related discussions. Patients who were less comfortable with these discussions had lower perceived ability to reduce alcohol-related health risk, were >60 years old, had a positive AUDIT-C screening, and were of nonblack race.

Among hospitalized patients, patient acceptability for nurse-delivered SBIRT is high, and alcohol-related risk perceptions appear to be important factors associated with acceptability for SBIRT tasks. Providers can proceed with greater confidence in SBIRT-related discussions with most hospitalized patients but may need particular sensitivity and skill addressing alcohol with patient subgroups such as older patients and those with positive alcohol screenings.

Risky Decision-Making: An fMRI Study of Youth at High Risk for Alcoholism

Adolescents with a family history of alcoholism (FHP) are at risk for developing an alcohol use disorder (AUD), and some studies indicate that FHP individuals show deficits in executive functioning. The ability to make adaptive decisions is one aspect of successful executive functioning that is often measured during risk-taking tasks; however, this behavior has not been examined in FHP youth. As impaired decision-making could predispose FHP youth to make poor choices related to alcohol use, the current study examined the neural substrates of risk-taking in FHP adolescents and their family history negative (FHN) peers.

Thirty-one (18 FHP, 13 FHN) youth between 13 and 15 years old were included in this study. All youth had used little to no alcohol prior to study involvement. Functional magnetic resonance imaging was used to examine the neural substrates of risk-taking during the Wheel of Fortune (WOF) decision-making task (Ernst et al., 2004) in FHP and FHN youth.

Despite no behavioral differences on the WOF decision-making task, FHP youth exhibited atypical neural response during risk-taking compared with FHN peers. Atypical brain activity, in regions implicated in executive functioning could lead to reduced cognitive control, which may result in risky choices regarding alcohol use. This could help explain the higher rates of AUDs seen in FHP adolescents. Further examination of risky behavior and associated brain response over the course of adolescence is necessary to characterize the vulnerabilities of FHP youth in the absence of alcohol abuse.

The physical features of fetal alcohol syndrome include smooth philtrum, thin vermillion border, short palpebral fissures, microcephaly, and growth deficiencies on weight and height. However, little is known about the specific quantities of alcohol exposure, pattern of drinking, timing of exposure, and magnitude of risk for each of these features.

Using data on 992 subjects collected prospectively in California between 1978 and 2005, we examined the patterns and timing of alcohol exposure in relation to these features. Structural features were assessed by a dysmorphologist who performed a blinded physical examination of all infants. Patterns of drinking were evaluated by drinks per day, number of binge episodes, and maximum number of drinks. Timing of exposure was evaluated 0 to 6 weeks postconception, 6 to 12 weeks postconception, first trimester, second trimester, and third trimester.

Higher prenatal alcohol exposure in every pattern was significantly associated with the incidence of smooth philtrum but not with short palpebral fissures. The strongest associations were with timing of exposure in the second half of the first trimester (RR 1.25, 95% CI 1.14 to 1.36 for average number of drinks per day; RR 1.17, 95% CI 1.09 to 1.26 for maximum number of drinks in 1 episode). Similarly, thin vermillion border was most strongly associated with exposure in the second half of the first trimester. Findings with respect to timing of exposure were similar for microcephaly and reduced birth weight. However, reduced birth length was increased with exposure in any trimester. These associations were linear, and there was no evidence of a threshold.

Reduced birth length and weight, microcephaly, smooth philtrum, and thin vermillion border are associated with specific gestational timing of prenatal alcohol exposure and are dose-related without evidence of a threshold. Women should continue to be advised to abstain from alcohol consumption from conception throughout pregnancy.

Reuters - Red wine-heart research slammed with fraud charges
A University of Connecticut researcher who studied the link between aging and a substance found in red wine has committed more than 100 acts of data fabrication and falsification, the university said Wednesday, throwing much of his work into doubt.
Read more
Helsingin Sanomat (Finland) - Just under half would approve of lower blood-alcohol threshold for DUIs
According to a recent questionnaire study carried out by insurers If, some 43% of Finns would lower the blood-alcohol threshold for drink driving from the present limit of 0.05% (0.5 ppm; 50mg/100ml blood).
Read more
New York Times (USA) - America’s Drinking Binge
Excessive drinking isn’t just for college kids anymore. New research shows that four times a month, one in six Americans goes on a drinking binge, knocking back an average of eight alcoholic beverages within a few hours.
Read more
NEWS.com.au (Australia) - Alcohol binge sessions contribute to growing grog gut
A BOOZY night out could add as much to women's waistlines as a fast food binge, with the booming popularity of kilojoule-laden cocktails, spirits and cider causing "spare tyres".
Read more
San Francisco Chronicle - Endorphin study may help refine alcohol treatment
It's no big secret that alcohol makes most people feel pretty good, but scientists at UCSF and UC Berkeley have for the first time found evidence that liquor triggers the release of pleasure-inducing endorphins in the brain - and that heavy drinkers are especially influenced by those endorphins.
Read more
Huffington Post (USA) - Mayor Bloomberg Plans To Limit Alcohol Sales And Advertising In New Health Initiative
First it was smoking in public places. Then it was sodas, salts and trans-fats. And now, the Bloomberg administration, perhaps taking a cue from local community boards, is going after booze.
Read more
NewsMax.com - Liquor Ads on Social Media Attract Children
The alcohol industry’s voluntary limits on traditional advertising are largely being ignored online, according to a report Monday in the Baltimore Sun that outlines a study on the use of social media to sell alcoholic beverages — and its effect on kids.
Read more
Scottish Daily Record (Scotland) - Scottish supermarkets should be banned from selling alcohol, says top doctor
SCOTLAND should consider removing alcohol sales from supermarkets in an effort to reduce drink-related health problems, a leading doctor told politicians today.
Read more
The Oshkosh Northwestern (USA) - Traffic fatalities decline in 2011, alcohol continues to be a factors in ones that happen
The number of traffic fatalities in Winnebago County dropped in 2011, but alcohol continues to be a factor in many of the crashes.
Read more
Kenilworth Today (UK) - Alcohol promotion is ‘irresponsible’
A PETROL station has been slammed by safety campaigners for running a promotion offering money off at the pump when drivers buy alcohol.
Read more
Emailwire - New Report Definitively Declares Alcoholic Beverages as Carcinogens Says Mountainside Drug Rehab and Alcohol Treatment Center
The Department of Health and Human Services issued a report at the close of 2011 which states that the heavy consumption of alcoholic beverages can be a cancer risk for humans.
Read more
The Atlantic - The Truth About Breast Cancer and Drinking Red Wine—or Any Alcohol
This week many middle-aged women experienced joy, and maybe even raised a glass, upon reading that red wine might stave off breast cancer. The study, published in the Journal of Women's Health, turns out to be quite small. It's a limited analysis of hormone levels in the blood of 36 premenopausal women who drank red and white wine for one month. Still, the story garnered headlines and enthusiastic posts, as if women wanted this news to be true.
Read more
National Post (Canada) - Vancouver group pitches free booze to reduce rubbing alcohol, Listerine consumption
Rob Morgan says when you wake up after getting drunk on hand sanitizer it feels like your kidney is bulging out of your body.
Read more
Jakarta Post (Indonesia) - Regions defend alcohol bylaws despite govt calls for revision
A number of regional administrations are insisting on keeping bylaws that ban the distribution of liquor despite the government’s recommendation that they be repealed because they contradict higher laws and regulations.
Read more
Shetland Times Online (UK) - Cheap alcohol ‘destroying’ lives, says drug and alcohol service manager
Figures from the Community Alcohol and Drugs Services Shetland (CADSS) show a higher number of problem drinkers turned to the service in 2010/11 than illegal drug users.
Read more