ALDH2 Lys487 allele contributes to both the alcohol flushing response
and an elevated risk of squamous cell esophageal cancer from alcohol
consumption.

The 2007 European School Survey Project on Alcohol and other Drugs (ESPAD) report was published last week. The study focuses on alcohol and drug use amongst 15 to 16 year-olds in 35 European countries and found that UK consumption for young people was highest behind only Denmark and the Isle of Man.
The report adds weight to calls for minimum pricing. Professor Martin Plant who leads the UK part of the ESPAD study said:
There is a clear scientific consensus that alcohol education and mass media campaigns have a very poor track record in influencing drinking habits. Far more effective - and cost effective - policies include using taxation to make alcohol less affordable.
. . . . .
Read More
at 8:59 PM

Low-Alcohol Beers: Contribution to Blood-Ethanol Concentration and Its Elevation above the UK Legal Limit after ‘Topping-up’
Alcohol and Alcoholism Advance Access published online on March 25, 2009


The aim of this study was to establish the contribution of low-alcohol beers to blood-ethanol concentration (BEC) and to test if ‘topping-up’ with these beverages can increase BEC above the 80 mg/dl UK legal limit.

Healthy male and female volunteers received a dose of ethanol designed to give a BEC of just below 80 mg/dl, and then received one pint (600 ml) of a 1% v/v alcohol beer in the fasting state or after lunch, or of a zero-alcohol or a 0.5% v/v alcohol beer after fasting. BEC was determined enzymatically and data were subjected to ANOVA.

Low-alcohol beers make a significant contribution to blood-ethanol concentration and can increase it above the UK legal limit. Their use as a ‘top-up’ should be discouraged. Low-alcohol beers have a place as a substitute for normal-strength beverages as a strategy for decreasing alcohol consumption in general and in countries where low legal alcohol limits are in force or being contemplated.

The Paddington Alcohol Test (PAT) has evolved over 15 years as a clinical tool to facilitate emergency physicians and nurses giving brief advice and the offer of an appointment for brief intervention by an alcohol nurse specialist. Previous work has shown that unscheduled emergency department re-attendance is reduced by ‘making the connection’ between alcohol misuse and resultant problems necessitating emergency care. The revised ‘PAT (2009)’ now includes education on clinical signs of alcohol misuse and advice on when to request a blood alcohol concentration. 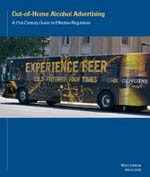 The relationship between age at drinking onset and subsequent binge drinking among women
The European Journal of Public Health Advance Access published online on March 25, 2009

Binge drinking, defined in this study as consuming five or more alcoholic drinks on one occasion,* was responsible for 43,731 (54.9%) of the estimated 79,646 alcohol-attributable deaths each year in the United States during 2001--2005.†

Healthy People 2010 calls for reducing the prevalence of binge drinking among adults from the 16.6% baseline in 1998 to 6.0% (1). An overarching goal of Healthy People is to eliminate health disparities among different segments of the population.§ 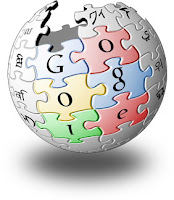 A model of access to and continuance in Alcoholics Anonymous

These data from a nationally representative sample of US adults with alcohol use disorders revealed a robust significant association of high symptom severity with access, continuation and discontinuation from Alcoholics Anonymous.

The association of high symptom severity and negative life events supports the behavioral economic model of AA access and continuation as proposed in this paper.

A sub-group of US adults with severe externalizing disorders, identified in this study, is associated with access to and continuation in AA.

In the US there is a a significant geographic regional variation in access to and continuation in AA.

Spirituality During Alcoholism Treatment and Continuous Abstinence for One Year
The International Journal of Psychiatry in Medicine Volume 38, Number 4 / 2008 , pp. 391 - 406

The primary aim of this prospective study was to examine the role of several aspects of spirituality in maintaining abstinence from alcohol for one year in persons treated for alcohol dependence. The roles of alcohol abstinence self-efficacy and Alcoholics Anonymous affiliation were also examined.
Twenty-eight participants were categorized as continuously abstinent for one year. The strongest associations between 12 month abstinence and the variables of interest were discharge scores of abstinence self-efficacy and existential well-being, and increases during treatment in scores of private spiritual practices. Increased age demonstrated a significant association with positive outcome.
The associations of private spiritual practices, existential well-being, and abstinence self-efficacy with one year of continuous abstinence following treatment discharge suggest the importance of addressing issues related to these variables during alcoholism treatment. More research is needed to understand the role of these variables in promoting and maintaining abstinence and to determine whether or not a related intervention would improve abstinence rates.