Experimental studies have shown a potential blood pressure (BP) lowering effect of red wine polyphenols, while the effects of ethanol and polyphenols on BP in humans are not yet clear.

The aim of the present work was to evaluate the effects of red wine fractions (alcoholic and non-alcoholic) on BP and plasma nitric oxide (NO) in subjects at high cardiovascular risk.

Sixty-seven men at high cardiovascular risk were studied. After a 2-week run-in period, subjects were randomized into three treatment periods in a cross-over , with a common background diet plus red wine (30g alcohol/d), the equivalent amount of dealcoholized red wine, or gin (30g alcohol/d), lasting 4 weeks each intervention. At baseline and after each intervention, anthropometrical parameters, BP and plasma NO were measured. Systolic and diastolic BP decreased significantly after the dealcoholized red wine intervention and these changes correlated with increases in plasma NO.

The effects of learning about one’s own genetic susceptibility to alcoholism: a randomized experiment

Increased accessibility of direct-to-consumer personalized genetic reports raises the question: how are people affected by information about their own genetic predispositions?

Participants were led to believe that they had entered a study on the genetics of alcoholism and sleep disorders. Participants provided a saliva sample purportedly to be tested for the presence of relevant genes. While awaiting the results, they completed a questionnaire assessing their emotional state. They subsequently received a bogus report about their genetic susceptibility and completed a questionnaire about their emotional state and items assessing perceived control over drinking, relevant future drinking-related intentions, and intervention-related motivation and behavior.

Participants who were led to believe that they had a gene associated with alcoholism showed an increase in negative affect, decrease in positive affect, and reduced perceived personal control over drinking. Reported intentions for alcohol consumption in the near future were not affected; however, individuals were more likely to enroll in a “responsible drinking” workshop after learning of their alleged genetic susceptibility.

Differences in liquor prices between control state-operated and license-state retail outlets in the U.S

This study aims to compare the average price of liquor in the United States between retail alcohol outlets in states that have a monopoly (′control′ states) with those that do not (′licence′ states).

A cross-sectional study of brand-specific alcohol prices in the United States.

We determined the average prices in February 2012 of 74 brands of liquor among the 13 control states that maintain a monopoly on liquor sales at the retail level and among a sample of 50 license-state liquor stores, using their online-available prices.

We calculated average prices for 74 brands of liquor by control vs. license state. We used a random effects regression model to estimate differences between control and license state prices – overall and by alcoholic beverage type. We also compared prices between the 13 control states.

In the United States monopoly of alcohol retail outlets appears to be associated with slightly higher liquor prices.

Changes in Alcohol Drinking Patterns and Their Consequences among Norwegian Doctors from 2000 to 2010: A Longitudinal Study Based on National Samples

To describe changes in the patterns and consequences of alcohol use among Norwegian doctors from 2000 to 2010.

Longitudinal study based on data from nation-wide postal surveys in 2000 and 2010 among a representative sample of 682 doctors in Norway. The Alcohol Use Disorder Identification Test (AUDIT) was used to measure the changes in drinking patterns (frequency of drinking, frequency of heavy drinking and quantity of drinking), symptoms of alcohol dependence and adverse consequences of drinking. A score above 8 was defined as hazardous drinking.

A Review of the Validity and Reliability of Alcohol Retail Sales Data for Monitoring Population Levels of Alcohol Consumption: A Scottish Perspective

To assess the validity and reliability of using alcohol retail sales data to measure and monitor population levels of alcohol consumption.

Overall, considering all the possible sources of overestimation and underestimation, and taking into account the potential for sampling variability to impact on the results, the range of uncertainty of consumption during 2010 was from an overestimate of 0.3 l to an underestimate of 2.4 l of pure alcohol per adult. This excludes the impacts of alcohol stockpiling and alcohol sold through outlets not included in the sampling frame. On balance, there is therefore far greater scope for alcohol retail sales data to be underestimating per adult alcohol consumption in Scotland than there is for overestimation.

COMING UP
EUFASD - Second European Conference on FASD
The European FASD Alliance is pleased to announce the Second European Conference on FASD – Fetal Alcohol Spectrum Disorders: clinical and biochemical diagnosis, screening and follow-up, which will take place in Barcelona, October 21 to 24, 2012.
Read more
NEWS
RedOrbit - Eye Movement Research Could Help Diagnose Neurological Disorders
USC-led team has designed a low-cost, easily-deployed method for detecting ADHD, Parkinson’s, and Fetal Alcohol Spectrum Disorder. Researchers at the University of Southern California have devised a method for detecting certain neurological disorders through the study of eye movements.
Read more
World Socialist Web Site (South Africa) - Rising incidence of Fetal Alcohol Syndrome in South Africa
Fetal Alcohol Spectrum Disorder (FASD) describes a range of permanent birth defects caused by the maternal intake of alcohol. The term Fetal Alcohol Syndrome (FAS) is applied to children at the severe end of the spectrum. South Africa’s Western Cape and Northern Cape Provinces have the highest FAS prevalence in the world.
Read more
Doctors Lounge - Variation Noted in Pattern of Alcohol-Related Birth Defects
Exposure to alcohol early in pregnancy produces a pattern of facial and brain defects that can vary greatly depending on the time of exposure, according to an experimental study published online Aug. 22 in PLoS One.
Read more
Sky News (Australia) - Fetal Alcohol Syndrome under spotlight
Fetal Alcohol Syndrome came under the spotlight this week after the Federal Government announced new funding for programs targeting the problem.
Read more
Ministry of Children and Family Development (Canada) - New online tools boost FASD awareness in B.C.
To kick off Fetal Alcohol Spectrum Disorder (FASD) Prevention and Support Month, the B.C. government is launching an awareness campaign with new online tools and an interactive quiz to get people of all ages involved.
Read more
SEPTEMBER 9
CDC - Fetal Alcohol Spectrum Disorders Awareness Day
September 9th is Fetal Alcohol Spectrum Disorders (FASDs) Awareness Day. Drinking alcohol during pregnancy can cause FASDs. Read about Melissa’s experience with alcohol use during pregnancy. Information about the new FASD app is also provided.
Read more
GEMS (South Africa) - International Foetal Alcohol Syndrome Day, 9 September 2012
Many mothers are not aware that drinking excessive amounts of alcohol during pregnancy can be harmful to their unborn baby. Alcohol may be toxic to the foetus and can cause a number of health problems for both the mother and the unborn child including spontaneous abortion, premature labour, stillbirth and foetal alcohol syndrome, which is a variety of different birth defects.
Read more
MATERIALS
Barry Carpenter Education - Information for parents, carers and professionals
FASD is a direct result of prenatal alcohol exposure and can be completely eliminated if pregnant women do not drink alcohol.
Read more
RESEARCH
NHS - Gross motor performance in Fetal Alcohol Spectrum Disorder (FASD) and following “moderate” to “heavy” levels of prenatal alcohol exposure: a systematic review
What is the prevalence of gross motor impairment in children 18 years or younger with a diagnosis of Fetal Alcohol Spectrum Disorder or exposed to "moderate" to "heavy" levels of alcohol prenatally?
Read more
The American Journal of Drug and Alcohol Abuse - A Review of Evidence-Based Approaches for Reduction of Alcohol Consumption in Native Women Who Are Pregnant or of Reproductive Age
Fetal alcohol spectrum disorders (FASDs) are the leading preventable cause of developmental disabilities in the United States and likely throughout the world. FASDs can be prevented by avoiding alcohol use during pregnancy; however, efforts to prevent risky alcohol consumption in women of childbearing potential have not been universally successful.
Read more
PLOS - Ethanol-Induced Face-Brain Dysmorphology Patterns Are Correlative and Exposure-Stage Dependent
Prenatal ethanol exposure is the leading preventable cause of congenital mental disability. Whereas a diagnosis of fetal alcohol syndrome (FAS) requires identification of a specific pattern of craniofacial dysmorphology, most individuals with behavioral and neurological sequelae of heavy prenatal ethanol exposure do not exhibit these defining facial characteristics.
Read more
Alcoholism - Effects of Heavy Prenatal Alcohol Exposure and Iron Deficiency Anemia on Child Growth and Body Composition through Age 9 Years
Prenatal alcohol exposure has been associated with pre- and postnatal growth restriction, but little is known about the natural history of this restriction throughout childhood or the effects of prenatal alcohol on body composition.
Read more
Alcohol and Alcoholism - Maternal Alcohol Use during Pregnancy, Birth Weight and Early Behavioral Outcomes
To examine the effect of maternal alcohol use during pregnancy on infant behavioral outcomes and birth weight, and to investigate the differential susceptibility of infant behavioral outcomes and birth weight to prenatal alcohol exposure.
Read more
IN OTHER LANGUAGES
Новостной проект INFOX.ru (Russia) - Нервные расстройства определят по глазам
Оценить неврологическое состояние человека можно без трудоемких тестов. Для этого достаточно отследить движения его глаз при просмотре телевизора.
Read more 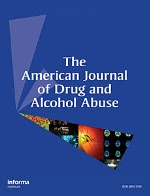 Because of their broad geographic distribution, diverse ownership and operation, and funding instability, it is a challenge to develop a framework for studying programs serving American Indian and Alaska Native communities at a national level. This is further complicated by the historic reluctance of American Indian and Alaska Native communities to participate in research.

Because of the complexities of identifying specific substance abuse treatment programs, the sampling framework divides these programs into strata based on the American Indian and Alaska Native communities that they serve: (1) the 20 largest tribes (by population); (2) urban AI/AN clinics; (3) Alaska Native Health Corporations; (4) other Tribes; and (5) other regional programs unaffiliated with a specific AI/AN community. In addition, the recruitment framework was designed to be sensitive to likely concerns about participating in research.

This systematic approach for studying substance abuse and other clinical programs serving AI/AN communities assures the participation of diverse AI/AN programs and communities and may be useful in designing similar national studies.