Self-medication of mood disorders with alcohol and drugs in the National Epidemiologic Survey on Alcohol and Related Conditions
Journal of Affective Disorders Volume 115, Issue 3, Pages 367-375 (June 2009)

Almost one-quarter of individuals with mood disorders (24.1%) used alcohol or drugs to relieve symptoms. The highest prevalence of self-medication was seen in bipolar I disorder (41.0%). Men were more than twice as likely as women to engage in self-medication (Adjusted Odds Ratio=2.18; 95% Confidence Interval 1.90–2.49).
After controlling for the effects of substance use disorders, self-medication was associated with higher odds of comorbid anxiety and personality disorders when compared to individuals who did not self-medicate.

Sibling Agreement on Retrospective Reports of Parental Alcoholism and Other Childhood Events
Substance Use & Misuse Published Online 30 April 2009
Descriptive statistics showed that agreement was strong for measures of parental alcoholism and psychiatric problems, weaker for family environment, and varied little by subject characteristics. Study limitations and implications are noted, and future research suggested.

Every day, individuals make dozens of choices between an alternative with higher overall value and a more tempting but ultimately inferior option. Optimal decision-making requires self-control.
We propose two hypotheses about the neurobiology of self-control: (i) Goal-directed decisions have their basis in a common value signal encoded in ventromedial prefrontal cortex (vmPFC), and (ii) exercising self-control involves the modulation of this value signal by dorsolateral prefrontal cortex (DLPFC).
We used functional magnetic resonance imaging to monitor brain activity while dieters engaged in real decisions about food consumption.
Activity in vmPFC was correlated with goal values regardless of the amount of self-control. It incorporated both taste and health in self-controllers but only taste in non–self-controllers. Activity in DLPFC increased when subjects exercised self-control and correlated with activity in vmPFC.

An historical perspective on recovery

Health Care and Public Service Use and Costs Before and After Provision of Housing for Chronically Homeless Persons With Severe Alcohol Problems
JAMA. 2009;301(13):1349-1357.

In this population of chronically homeless individuals with high service use and costs, a Housing First program was associated with a relative decrease in costs after 6 months. These benefits increased to the extent that participants were retained in housing longer.
Read Full Abstract

The 2009 Jack Mendelson Honorary Lecture: Recent Findings From a 25-Year Longitudinal Study of Genetic and Environmental Contributors to Alcoholism 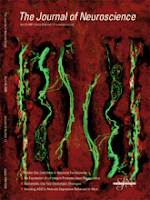 Protracted Withdrawal from Alcohol and Drugs of Abuse Impairs Long-Term Potentiation of Intrinsic Excitability in the Juxtacapsular Bed Nucleus of the Stria Terminalis
The Journal of Neuroscience, April 29, 2009, 29(17):5389-5401
The juxtacapsular bed nucleus of the stria terminalis (jcBNST) is activated in response to basolateral amygdala (BLA) inputs through the stria terminalis and projects back to the anterior BLA and to the central nucleus of the amygdala.
Here we show a form of long-term potentiation of the intrinsic excitability (LTP-IE) of jcBNST neurons in response to high-frequency stimulation of the stria terminalis. This LTP-IE, which was characterized by a decrease in the firing threshold and increased temporal fidelity of firing, was impaired during protracted withdrawal from self-administration of alcohol, cocaine, and heroin. Such impairment was graded and was more pronounced in rats that self-administered amounts of the drugs sufficient to maintain dependence.
Dysregulation of the corticotropin-releasing factor (CRF) system has been implicated in manifestation of protracted withdrawal from dependent drug use. Administration of the selective corticotropin-releasing factor receptor 1 (CRF1) antagonist R121919 [2,5-dimethyl-3-(6-dimethyl-4-methylpyridin-3-yl)-7-dipropylamino-pyrazolo[1,5-a]pyrimidine)], but not of the CRF2 antagonist astressin2-B, normalized jcBNST LTP-IE in animals with a history of alcohol dependence; repeated, but not acute, administration of CRF itself produced a decreased jcBNST LTP-IE.
Thus, changes in the intrinsic properties of jcBNST neurons mediated by chronic activation of the CRF system may contribute to the persistent emotional dysregulation associated with protracted withdrawal.

The Hippocampus and Cingulate Cortex Differentially Mediate the Effects of Nicotine on Learning Versus on Ethanol-Induced Learning Deficits Through Different Effects at Nicotinic Receptors
Neuropsychopharmacology advance online publication 25 March 2009
These results suggest that nicotine acts in the hippocampus to enhance contextual learning, but acts in the cingulate to ameliorate ethanol-induced learning deficits through inactivation of high-affinity 2 subunit-containing nAChRs.

How do people recover from alcohol dependence? A systematic review of the research on mechanisms of behavior change in Alcoholics Anonymous
Addiction Research & Theory, Volume 17, Issue 3 June 2009 , pages 236 - 259

Results suggest AA helps individuals recover through common process mechanisms associated with enhancing self-efficacy, coping skills, and motivation, and by facilitating adaptive social network changes. Little research or support was found for AA's specific practices or spiritual mechanisms. Conclusions are limited by between-study differences in sampling, measurement, and assessment time-points, and by insufficient theoretical elaboration of recovery-related change. Similar to the common finding that theoretically-distinct professional interventions do not result in differential patient outcomes, AA's effectiveness may not be due to its specific content or process. Rather, its chief strength may lie in its ability to provide free, long-term, easy access and exposure to recovery-related common therapeutic elements, the dose of which, can be adaptively self-regulated according to perceived need.

Sixty-two percent of women who were murdered had a high BAC at the time of their death, with an overall median BAC of .11% (110 mg/100 ml). A quantile regression analysis showed that a raised median BAC at the time of death was positively associated with the victim's age; being unemployed or not known to be employed; and being killed in a rural setting, in a public space, and on a weekend.
Significant interactions between type of homicide and employment showed a modification in median BACs for unemployed victims killed by intimate partners compared with employed victims, with a median difference of .19% (190 mg/100 ml) (95% confidence interval: .14%-.23% [140-230 mg/100 ml]).
This study highlights the public health impact of excessive alcohol consumption and the need for a comprehensive approach to reduce the harmful effects of drinking

The purpose of the study was to determine whether a universal school-based substance abuse prevention program, Take Charge of Your Life (TCYL), prevents or reduces the use of tobacco, alcohol, or marijuana

The negative impact of the program on baseline nonusers of alcohol and tobacco indicate that TCYL should not be delivered as a universal prevention intervention. The finding of a beneficial effect for baseline marijuana users further supports this conclusion. The programmatic and methodological challenges faced by the Adolescent Substance Abuse Prevention Study (ASAPS) and lessons learned offer insights for prevention researchers who will be designing similar randomized field trials in the future.

Relationships among targeted constructs and outcomes differed for each of the drugs with communication skills having a potentially iatrogenic effect on alcohol use. Program targets were mediated through the intentions to use these substances. Finally, we found evidence of a moderating effect of decision-making skills on perceptions of harm and attitudes toward use, depending upon the outcome.

Prevention curricula may need to target specific drugs. In addition to normative beliefs, perceptions of harm, and refusal and decision-making skills, programs should directly target constructs proximal to behavioral outcomes such as attitudes and intentions. Finally, more research on the effects of communication skills on adolescent substance use should be examined.
Read Full Abstract
Request Reprint E-Mail: tonkin@uakron.edu
_______________________________________________
at 5:22 PM

Alcohol and trauma: a summary of the Satellite Symposium at the 30th Annual Meeting of the Shock Society
Alcohol Volume 43, Issue 3, Pages 247-252 (May 2009)

This article highlights the research presented at the Alcohol and Trauma Satellite Symposium at the 30th Annual Meeting of the Shock Society. The satellite meeting was held on June 8 and 9 in Baltimore, MD. Its purpose was to discuss recent findings in the areas of alcohol and injury, including the effect of alcohol use on patients in the trauma unit of hospitals. The meeting consisted of three sessions, with plenary talks by invited speakers, short talks from selected abstracts, and a poster session. Participants presented data on the effects of alcohol on organ function, healing, and immune processes after a variety of injuries including burn, hemorrhagic shock, sepsis, and ischemia reperfusion. 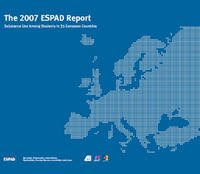 The 2007 ESPAD Report - Substance Use Among Students in 35 European Countries
The main purpose of the European School Survey Project on Alcohol and Other Drugs (ESPAD) is to collect comparable data on substance use among 15–16 year-old European students in order to monitor trends within as well as between countries. So far four data collection waves have been conducted within the ESPAD project.
The first study was held in 26 countries in 1995, while the 2007 data collection was performed in 35 countries.
This summary presents key results from the 2007 survey as well as findings regarding the long-term trends. An initial section gives a short overview of the methodology

A Randomized Trial of Individual and Couple Behavioral Alcohol Treatment for Women
Journal of Consulting and Clinical Psychology Volume 77, Issue 2, April 2009, Pages 243-256
In this randomized efficacy trial of 102 heterosexual women with AUDs, the authors compared alcohol behavioral couple therapy (ABCT) and alcohol behavioral individual therapy (ABIT) on percentage of days abstinent (PDA) and percentage of days of heavy drinking (PDH) over 6 months of treatment and 12 months of posttreatment follow-up.
During treatment, women increased their PDA and decreased their PDH, with significantly greater improvements in ABCT than in ABIT (d = 0.59 for PDA; d = 0.79 for PDH). Differences favoring ABCT were maintained during follow-up.
Women with poorer baseline relationship functioning improved more on PDA during treatment with ABCT than with ABIT.
For PDH, results during treatment and follow-up favored ABCT for women with better baseline relationship functioning.
ABCT resulted in better outcomes than ABIT for women with Axis I disorders at the end of follow-up (PDA), and for women with Axis II disorders at the end of treatment (PDA) and at the end of follow-up (PDH).
Read Full Abstract
Request Reprint E-Mail: bmccrady@unm.edu
at 10:21 AM

These results provide the first demonstration that activation of NPS receptors in the LH intensifies relapse to ethanol-seeking elicited by environmental conditioning factors. This effect is selective, and is mediated by activation of LH hypocretin neurones.
Based on the present findings, we also predict that antagonism at NPS receptors could represent a novel pharmacological approach to alcohol relapse treatment.

The 12-month prevalence of alcohol use and episodic heavy drinking were 32.5 and 13.8%, respectively. The 12-month and lifetime prevalence of alcohol dependence were 1.7 and 4.3%, respectively. Age above 24 years, male sex, being married and employed, low education level (junior high school, primary school or illiterate), rural residence, and having comorbid psychiatric disorders were all significantly associated with a higher likelihood of alcohol-related disorders. Only 2.4% of the subjects with alcohol dependence were receiving treatment, and a mere 1.4% had sought treatment from mental health professionals.

Nationwide surveys are urgently needed to further explore the prevalence of alcohol-related disorders in China.

Adolescents are less sensitive than adults to the rewarding effects of ethanol but can experience reward with high doses. These results extend the current literature on ethanol's effects in adolescent animals.

These results indicate that chronic intermittent ethanol (CIE) administration of 2 g/kg during adolescence did not alter preference or overall consumption of ethanol in outbred rats trained to drink ethanol as an adult under the conditions tested, and that DHEA may be more effective than pregnanolone at significantly decreasing ethanol consumption.

Across heavy, medium, and light drinkers, expectancy dimensions were most distinguishable at higher doses; activation patterns were more similar across drinking groups at lighter doses. Modest evidence for the influence of gender on activation patterns was observed. Findings were consistent across alcohol involvement indices.

These data suggest that both dimensionality and context should be considered in the refinement of interventions designed to alter expectancies in order to decrease hazardous drinking.

These results demonstrate that the daily timing of ethanol exposure exerts enduring effects of self-administration of ethanol in mice. Understanding how circadian rhythms regulate ethanol consumption may be valuable for modifying subsequent intake.