Longitudinal Trends in Hazardous Alcohol Consumption Among Women With Human Immunodeficiency Virus Infection, 1995–2006
American Journal of Epidemiology Advance Access published online on March 6, 2009
Hazardous alcohol consumption among women with human immunodeficiency virus (HIV) infection is associated with several adverse health and behavioral outcomes, but the proportion of HIV-positive women who engage in hazardous drinking over time is unclear.
The authors sought to determine rates of hazardous alcohol consumption among these women over time and to identify factors associated with this behavior. Subjects were 2,770 HIV-positive women recruited from 6 US cities who participated in semiannual follow-up visits in the Women's Interagency HIV Study from 1995 to 2006. Hazardous alcohol consumption was defined as exceeding daily (4 drinks) or weekly (>7 drinks) consumption recommendations.
Over the 11-year follow-up period, 14%–24% of the women reported past-year hazardous drinking, with a slight decrease in hazardous drinking over time. Women were significantly more likely to report hazardous drinking if they were unemployed, were not high school graduates, had been enrolled in the original cohort (1994–1995), had a CD4 cell count of 200–500 cells/mL, were hepatitis C-seropositive, or had symptoms of depression. Approximately 1 in 5 of the women met criteria for hazardous drinking.
Interventions to identify and address hazardous drinking among HIV-positive women are urgently needed.

Role of the HPA Axis and the A118G Polymorphism of the µ-Opioid Receptor in Stress-Induced Drinking Behavior
Alcohol and Alcoholism Advance Access published online on February 24, 2009

The present study sought to investigate the relationship between the HPA axis reactivity to stress, the endogenous opioid system and stress-induced drinking behavior.

In the present study, 74 non-treatment-seeking alcohol-dependent subjects were tested under two mood conditions, neutral and stress, in separate testing sessions. Salivary cortisol measurements were obtained following stress induction and during the neutral control condition. Multiple measurements of alcohol intake, latency to access the alcohol cue and craving for alcohol were obtained during cue-availability testing. In addition, 52 of the study subjects were genotyped for the µ-opioid receptor.

The results of the present study indicate that a blunted biological stress response was correlated with increased drinking in response to stress. The Asp40 variant of the µ-opioid receptor may be associated with this HPA axis hyporeactivity although the small sample size used in the present study did not permit adequate evaluation of this association.


To test the effectiveness of a television-supported self-help intervention for problem drinking.

Dutch television viewers (N = 181) drinking in excess of the guidelines for low-risk alcohol use were randomly assigned either to the Drinking Less TV self-help course (consisting of five televised sessions supplemented by a self-help manual and a self-help website) or to a waitlisted control group. To ensure trial integrity, intervention delivery was mimicked beforehand by sending intervention participants weekly DVDs in advance of the actual telecasts in 2006. Pre-post assessments were carried out on both groups, as well as a 3-month follow-up assessment on the intervention group to study effect maintenance. The primary outcome measure was low-risk drinking.

Data from the Collaborative Study on the Genetics of Alcoholism (COGA), a high-risk family study of alcohol dependence, were used to examine differences in alcohol diagnostic criteria endorsement and psychiatric and drug use disorders by gender and by number of DUI offenses.

Individuals with two or more DUIs exhibited greater severity of alcohol dependence than those with none or one DUI. This severity was characterized in three ways: (1) higher endorsement of alcohol diagnostic criterion items, with evidence of greater severity among women, (2) higher prevalence of co-occurring lifetime psychiatric disorders, and (3) higher rates of drug use and of dependence on cocaine, stimulants, and, for women only, marijuana and opiates.

By examining gradations of disorder within a combination of two high-risk indicators, DUI and family vulnerability, this study provides useful information for clinical research about individuals with chronic and severe alcohol problems. In addition, the observed gender differences in this high-risk sample will contribute to the literature on alcohol dependence among women at the more severe end of the dependence spectrum. 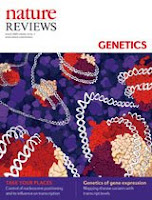 Drug addiction is a common brain disorder that is extremely costly to the individual and to society. Genetics contributes significantly to vulnerability to this disorder, but identification of susceptibility genes has been slow. Recent genome-wide linkage and association studies have implicated several regions and genes in addiction to various substances, including alcohol and, more recently, tobacco. Current efforts aim not only to replicate these findings in independent samples but also to determine the functional mechanisms of these genes and variants.
Read Full Abstract