The Department of Health’s Alcohol Social Marketing Strategy was launched in May 2007, to address the growing number of alcohol-related hospital admissions that are made each year.
The Strategy is based on social marketing principles, and uses customer understanding, insight, and audience segmentation to deliver targeted support, which enables individuals to identify their level of alcohol-related risk, and to take ownership of managing that risk.

Recently launched social network, Friends Recover, is lending support to people recovering from substance abuse. Users can connect with others, find substance abuse support, share stories and pictures, locate treatment centers, review the 12 steps, and much more.
Boston, MA
July 30, 2009
-- New social network, Friends Recover, is the latest resource available to the community of those who battle substance abuse in their own lives or in the lives of those they love. . . . . .

Reducing Alcohol Harm: health services in England for alcohol misuse
Public Administration Committee - Forty-Seventh Report 30 July 2009
Alcohol misuse is a significant and growing problem in England, with more than 10 million people now regularly drinking above the guidelines set by Government. Alcohol misuse places a considerable burden on the National Health Service (NHS), costing an estimated £2.7 billion per year. In 2006-07, there were some 811,000 alcohol-related hospital admissions, representing a 71% increase in four years. Between midnight and 5am on weekend nights nearly three-quarters of all attendances at accident and emergency (A&E) departments are alcohol-related.
In 2004, alcohol harm became subject to a national government strategy, which was updated by the Department of Health (the Department) and the Home Office in 2007. Since April 2008, the Department has also been responsible for delivering against a Public Service Agreement (PSA) indicator on the rate of increase of alcohol-related hospital admissions.
Primary Care Trusts (PCTs) are responsible for determining local health priorities and have control over the majority of NHS spending. PCTs are free to decide for themselves how much to spend on services to address alcohol harm. Many PCTs, however, do not know what they spend on such services and across England there is little correlation between need and expenditure. Where services are commissioned there is frequently a lack of performance monitoring and examination of whether what is provided represents value for money.
In 2008, the Department introduced a number of new measures designed to help address alcohol harm: providing extra funding for GPs to screen new patients; increasing alcohol-specific training for doctors, and creating 20 pilot sites designed to improve specialist treatment services. The Department has, however, yet to demonstrate its ability to effectively influence local commissioners, the drinks industry, and people's drinking behaviour. The Department also needs to work more closely with the other government departments which are responsible for policies affecting alcohol consumption, such as taxation and licensing. Achieving this will be necessary if the Department is to reduce levels of alcohol harm and succeed against the PSA indicator.
On the basis of a report by the Comptroller and Auditor General, we took evidence from the Department on the performance of the National Health Service in addressing alcohol harm; the Department's influence on local commissioners, and the Department's work to encourage sensible drinking. 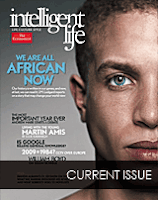 WHEN NOVELISTS SOBER UP

Writers who drink are old hat. But what about writers who quit drinking? Tom Shone has been studying them for his new novel ...
From INTELLIGENT LIFE Magazine, Summer 2009
John Cheever was most unhappy to be picked up for vagrancy by the cops. “My name is John Cheever!” he bellowed. “Are you out of your mind?” Found sharing some hooch with the down-and-outs in downtown Boston, he was promptly admitted to Smithers Alcoholism Treatment Centre on Manhattan’s East 93rd Street, where he shared a room with a failed male ballet dancer, a delicatessen owner and a smelly ex-sailor. “The ballerina is up to his neck in bubble bath reading a biography of Edith Piaf,” he noted in his journal. He spent most of his time in group therapy correcting his counsellor’s grammar. “Displaying much grandiosity and pride,” they wrote in their notes. “Very impressed with self.” Eventually he fell silent. Four weeks later he emerged, shaky, fragile and subdued. “Listen, Truman,” he told Truman Capote. “It’s the most terrible, glum place you can conceivably imagine. It’s really really, really grim. But I did come out of there sober.” . . . . . .
Read Full Article
________________________________________________________________
at 9:22 PM

Treating Alcohol Addiction: A Pill Instead of Abstinence?
By Maia Szalavitz Wednesday, Jul. 29, 2009

In this article, the authors examine whether delayed substance initiation during adolescence, achieved through universal family-focused interventions conducted in middle school, can reduce problematic substance use during young adulthood.
Sixth-grade students enrolled in 33 rural midwestern schools and their families were randomly assigned to 3 experimental conditions. Self-report questionnaires provided data at 7 time points for the Iowa Strengthening Families Program (ISFP), Preparing for the Drug Free Years (PDFY), and control groups through young adulthood
Five young adult substance frequency measures (drunkenness, alcohol-related problems, cigarettes, illicit drugs, and polysubstance use) were modeled as distal outcomes affected by the average level and rate of increase in substance initiation across the adolescent years in latent growth curve analyses.
Results show that the models fit the data and that they were robust across outcomes and interventions, with more robust effects found for ISFP. The addition of direct intervention effects on young adult outcomes was not supported, suggesting long-term effects were primarily indirect.
Relative reduction rates were calculated to quantify intervention-control differences on the estimated proportion of young adults indicating problematic substance use; they ranged from 19% to 31% for ISFP and from 9% to 16% for PDFY.
Read Full Abstract

Impact of Alcohol Consumption on Young People: A Review of Reviews

A discrete alcohol pocket involved in GIRK channel activation
Nature Neuroscience 12, 988 - 995 (2009)
Ethanol modifies neural activity in the brain by modulating ion channels. Ethanol activates G protein–gated inwardly rectifying K+ channels, but the molecular mechanism is not well understood. Here, we used a crystal structure of a mouse inward rectifier containing a bound alcohol and structure-based mutagenesis to probe a putative alcohol-binding pocket located in the cytoplasmic domains of GIRK channels.
Substitutions with bulkier side-chains in the alcohol-binding pocket reduced or eliminated activation by alcohols. By contrast, alcohols inhibited constitutively open channels, such as IRK1 or GIRK2 engineered to strongly bind PIP2. Mutations in the hydrophobic alcohol-binding pocket of these channels had no effect on alcohol-dependent inhibition, suggesting an alternate site is involved in inhibition.
Comparison of high-resolution structures of inwardly rectifying K+ channels suggests a model for activation of GIRK channels using this hydrophobic alcohol-binding pocket. These results provide a tool for developing therapeutic compounds that could mitigate the effects of alcohol

Press Notice - Children’s Minister: Government consultation on young people and alcohol receives wide-ranging support
23 July 2009
Children’s Minister, Dawn Primarolo, today published the responses to a consultation on children, young people and alcohol. The responses show that there is a broad base of support for guidelines from the Chief Medical Office on safe levels of drinking. There is also a clear need for government advice and information for parents. Respondents were very clear that Government had a role to play on the issue and parents were keen for more support and information. . . . . .