Misconceptions about Alcoholics Anonymous (AA) abound in spite of (or because of) the thousands of theses, dissertations, books, professional and popular articles, and Internet commentaries that have been written about AA.

This article describes 12 character-defining moments in the history of AA that highlight the differences between AA and alcoholism treatment.

Alcoholism treatment has evolved to mean professionalized, scientifically based rehabilitation. Alcoholics Anonymous (AA) is not a treatment method; it is far better understood as a Twelve-Step Recovery Program within a voluntary self-help/mutual aid organization of self-defined alcoholics.
The Twelve-Step Recovery Model is elaborated in three sections, patterned on the AA logo (a triangle within a circle): The triangle’s legs represent recovery, service, and unity; the circle represents the reinforcing effect of the three legs upon each other as well as the “technology” of the sharing circle and the fellowship. The first leg of the triangle, recovery, refers to the journey of individuals to abstinence and a new “way of living.” The second leg, service, refers to helping other alcoholics which also connects the participants into a fellowship. The third leg, unity, refers to the fellowship of recovering alcoholics, their groups, and organizations.

The distinctive AA organizational structure of an inverted pyramid is one in which the members in autonomous local groups direct input to the national service bodies creating a democratic, egalitarian organization maximizing recovery.
Analysts describe the AA recovery program as complex, implicitly grounded in sound psychological principles, and more sophisticated than is typically understood. AA provides a nonmedicalized and anonymous “way of living” in the community and should probably be referred to as the Twelve-Step/Twelve Tradition Recovery Model in order to clearly differentiate it from professionally based twelve-step treatments.
There are additional self-help/mutual aid groups for alcoholics who prefer philosophies other than AA.

Suggestive linkage at 9p22 in bipolar disorder weighted by alcohol abuse
American Journal of Medical Genetics Part B: Neuropsychiatric Genetics Published Online: 3 Mar 2009
Bipolar disorder (BP) is a highly heritable disorder, however attempts to map genetic risk factors are challenging.
One possible reason for these difficulties is the genetic heterogeneity of BP. Hence, focusing on clinically homogeneous families to create a genetically more homogeneous sample may increase the power of finding a specific variant.
Alcohol abuse (AA) and alcohol dependence (AD) are familial in BP families, and these families may carry a specific risk variant for BP.
We tested this hypothesis by performing a genome-wide linkage scan in 638 pedigrees (1,835 individuals) from the National Institute of Mental Health Genetics Initiative for BP, weighting the evidence for linkage according to the family's frequency of AA or AD. Using AA weighting, we identified a linkage region on 9p22.2 with an NPL score of 3.23. The region had previously been identified in a meta-analysis of linkage in bipolar disorder.
We used permutation analysis to assess if weighting by AA increased the linkage signal more than expected by chance and observed a significant P-value (P = 0.048). Therefore, the genetic risk factor for BP on 9p22.2 has an increased effect in families with high levels of AA.
In summary, we present an example of using covariates such as AA and AD to define subtypes of BP, demonstrate how using such subtypes can improve the power of a linkage scan, and demonstrate statistical approaches to validate the suggested interaction
Read Full Abstract
Request Reprint E-Mail: esaunders@hmc.psu.edu
____________________________________________________
at 10:27 PM

Role of GABRA2 on risk for alcohol, nicotine, and cannabis dependence in the Iowa Adoption Studies
Psychiatric Genetics:Volume 19(2)April 2009pp 91-98
A number of studies have shown that genetic variation at GABRA2 alters vulnerability to alcohol dependence. The exact identity of the causal variant(s), and the relationship of these variants to other forms of substance use and behavioral illness is, however, uncertain.
Therefore, we genotyped 516 individuals from the Iowa Adoption Studies, a large longitudinal case and control adoption study of substance use, at 39 single nucleotide polymorphisms encompassing the GABRA2 locus and analyzed them with respect to their lifetime history of three common forms of substance use dependence [alcohol dependence (AD), nicotine dependence (ND), and cannabis dependence (CD)] in the Iowa Adoption Studies and relevant exposure variables.
Using regression analysis, we found substantial evidence that both GABRA2 genotype and haplotype are significantly related to vulnerability to AD, ND, and CD, with the strongest relationships noted with respect to ND. Consistent with earlier studies suggesting exposure is an important step in the development of substance use, we found the inclusion of substance exposure data in our analytic models markedly increased the strength of the genetic associations of GABRA2 haplotype with substance use. Finally, we report that the genetic effects were markedly more pronounced in females than in males.


The aim of this study was to explore the roles of Alcoholics Anonymous (AA) sponsors and to describe the characteristics of a sample of sponsors.

Sponsorship roles were as follows: 16 roles were identified through the initial content analysis. These were distilled into three super-ordinate roles through a thematic analysis: (1) encouraging sponsees to work the programme of AA (doing the 12 steps and engaging in AA activity); (2) support (regular contact, emotional support and practical support); and (3) carrying the message of AA (sharing sponsor's personal experience of recovery with sponsees).

The roles identified broadly corresponded with the AA literature delineating the duties of a sponsor. This non-random sample of sponsors was highly engaged in AA activity but only had a past history of moderate alcohol dependence. 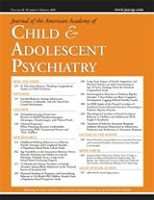 
Past reviews have concluded that there is no association between alcohol use and prostate cancer incidence.

We performed a meta-analysis of existing epidemiological studies finding, in contrast, evidence to suggest that prostate incidence is positively linearly associated with heavier alcohol use.

Future efforts should be made to exclude all ill subjects from control groups/baseline samples in addition to accounting for changes in consumption with advancing age and the onset of illness.