The development of a detailed model of substance-abuse treatment (SAT) staff performance is described. The model describes the key behaviors of SAT staff. Specifically, researchers used the critical incident technique to develop the model, which includes a total of 15 dimensions, nested under four meta-dimensions: providing clinical services, employee citizenship behaviors, providing clinical support, and managerial behavior. Development and validation of a measure based on the model are also described.

Binge Drinking in Childhood and Adolescence: Epidemiology, Consequences, and Interventions
Dtsch Arztebl Int 2009; 106(19): 323-8
Episodic excessive alcohol consumption is associated not only with somatic complications, but also with traffic accidents and other types of accident, violent behavior, and suicide. The more frequently a child or adolescent drinks to excess, and the younger he or she is, the greater is the risk of developing an alcohol-related disorder (alcohol misuse or dependence syndrome). In the USA, brief motivational interventions have been shown to have a small to medium-sized beneficial effect in reducing further binge drinking and its complications
The intervention HaLT ("Stop," also an acronym for Hart am Limit—"near the limit") is performed in a number of regions in Germany. Further types of brief motivating intervention should be developed and evaluated to prevent the development of alcohol-related disorders, where indicated, in children and adolescents that engage in binge drinking.

Complete Suppression of Craving in Alcohol-Dependent Individuals: Is It Possible?
CNS Drugs. 23(5):361-367, May 19, 2009.
A recent preliminary, single-case report suggested that baclofen not only reduces but may completely suppress craving in alcohol-dependent individuals. The current article summarizes the neurobiological basis of drug craving, and the pharmacological targets that have been shown to be involved in modulating such craving. The potential usefulness of agents that suppress craving is discussed.
Read Full Abstract
Request Reprint E-Mail: kiefer@uke.uni-hamburg.de
at 12:02 AM

A new national report provides both encouraging and discouraging news about the use of substances by pregnant women and new mothers. Based on a nationwide survey, the report by the Substance Abuse and Mental Health Services Administration (SAMHSA) suggests that most women are heeding warnings about the dangers that substance use during pregnancy can pose to fetuses and are abstaining -- especially in the latter stages of their pregnancies.

In addition, the data from the SAMHSA report suggest that once they give birth, many new mothers resume the use of alcohol, cigarettes, illicit drugs or engage in binge drinking

The Effects of Twelve-Step Participation on Social Support: A Longitudinal Investigation within a Recovery Home Sample
International Journal of Self Help and Self Care Volume 4, Number 3 / 2005-2006, pp.239 - 255

NICE contributes to the Health Select Committee inquiry on Alcohol

What is the scale of ill-health related to alcohol misuse, and what are the consequences for the NHS? To address alcohol-related health problems, should the drinking culture in England change, and if so, how? These questions form part of the terms of reference for the House of Commons Health Select Committee (HSC), which is currently holding an inquiry on alcohol and its impact on health. 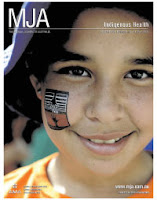 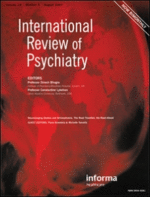 Dependence on a substance and the role of medical practitioners in this health problem can be perceived as an enigma.
Movies, as a tool for teaching, can be a powerful means of engaging, clarifying and educating students within the addiction medicine arena. Popular mythologies and stereotypes of drug use (including alcohol) and users in cinema can be explored within a learning environment aiding the understanding of this complex topic, thereby improving the therapeutic commitment to addiction medicine.
There is a responsibility of the teacher to use this tool with care so as not to perpetuate the mythologies of addiction as often portrayed within commercial cinema. Tried and tested use of this potent educational aid, with suggestions for further development, are outlined in this article.
Read Full Abstract
Request Reprint E-Mail: gavin.cape@stonebow.otago.ac.nz
___________________________________________________
at 11:29 AM


This statistical report presents a range of information on alcohol use and misuse drawn together from a variety of published sources and presented in a user friendly format.

The report aims to present a broad picture of health issues relating to alcohol in England and covers topics such as drinking habits and behaviours among adults and school children, drinking related ill health and mortality, affordability of alcohol and alcohol related costs.

The Influence of Different Types of Alcoholic Beverages on Disrupting HAART Outcome
Alcohol and Alcoholism Advance Access published online on May 18, 2009

Senate proposes alcohol, soda tax to fund Health care plan
By CARRIE BUDOFF BROWN 5/18/09
Smokers and diet-soda drinkers would escape higher taxes under a new proposal for how to pay for President Barack Obama’s sweeping health reform overhaul. But if you drink alcohol or sugary drinks, you might have to pay up under a plan released Monday by the Senate Finance Committee.
The committee proposed slapping an excise tax on “sugar-sweetened beverages” for the first time, and imposing a uniform tax across wine, beer and liquor, which are currently taxed a different levels.
Read More
_________________________________________________

The Earlier the More? Differences in the Links Between Age at First Drink and Adolescent Alcohol Use and Related Problems According to Quality of Parent-Child Relationships
J. Stud. Alcohol Drugs 70: 346-354, 2009.

These results are consistent with prior findings that the SSADDA yields reliable diagnoses and criterion counts for the more prevalent substance-dependence diagnoses. The present analysis extends these findings by showing that the greatest source of unreliability was the subjects' report. This underscores the need for efforts to increase the reliability of substance-dependence diagnoses (and by extension other self-reported phenotypic features) by enhancing the consistency of the information provided by the subjects interviewed.

An Evaluation of the Full Level of Response to Alcohol Model of Heavy Drinking and Problems in COGA Offspring
J. Stud. Alcohol Drugs 70: 436-445, 2009
The results support the applicability of the LR-based model of heavy drinking and alcohol problems in the COGA offspring, a group with different demography compared with the two other samples of adolescents tested to date. The modest differences observed across samples will be evaluated in future research to enhance understanding of how the model operates across socioeconomic groups
Read Full Abstract
Request Reprint E-Mail: mschuckit@ucsd.edu
_____________________________________________
at 1:05 PM

Associations of cohort and socio-demographic correlates with transitions from alcohol use to disorders and remission in metropolitan China
Addiction Published Online: 12 May 2009

This study was the first to reveal in a Chinese population that qualitatively different risk factors might operate during the different stages of progression from alcohol use to disorders. Further research is needed to clarify the mechanisms underlying these differences in order to guide prevention programmes.