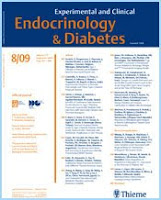 Cot death warning on sharing bed with baby misinterpreted – expert
Sarah Boseley, health editor
The Guardian, Friday 16 October 2009
Parents who sleep with their baby in their bed are not risking a cot death unless they smoke, drink or take drugs, a leading academic said yesterday. Peter Fleming, professor of infant health and developmental physiology in Bristol, said he felt "quite uncomfortable" over reports of a study published this week that had misinterpreted the finding.
The study, by researchers at the Universities of Bristol and Warwick, was published online in the British Medical Journal. Some reports on the research this week took the line that bed sharing with a baby was dangerous in itself.
. . . . . .
Read more
______________________________________________________________
at 11:28 PM

Toward a Theory of Motivational Interviewing
Am Psychol. Author manuscript; available in PMC 2009 October 9.
Published in final edited form as:
Am Psychol. 2009 September; 64(6): 527–537.
The widely-disseminated clinical method of motivational interviewing (MI) arose through a convergence of science and practice. Beyond a large base of clinical trials, advances have been made toward “looking under the hood” of MI to understand the underlying mechanisms by which it affects behavior change. Such specification of outcome-relevant aspects of practice is vital to theory development, and can inform both treatment delivery and clinical training.
An emergent theory of MI is proposed, emphasizing two specific active components: a relational component focused on empathy and the interpersonal spirit of MI, and a technical component involving the differential evocation and reinforcement of client change talk
A resulting causal chain model links therapist training, therapist and client responses during treatment sessions, and post-treatment outcomes.
Read Full Text (PDF)
________________________________________________________________________
at 7:52 AM

Alcoholism Isn’t What It Used to Be: New Research on the Nature and Diagnosis of Alcohol Use Disorders

NIAAA Spectrum
Volume 1, Issue 1 September 2009
IN THIS ISSUE
FEATURES
01 Alcoholism Isn’t What It Used To Be

The Myths Of Alcohol Use In Ghana

Alcohol and Co-Sleeping Affect Risk for SIDS
By LAUREN COX
ABC News Medical Unit
Oct. 14, 2009
Study Unravels Why Bed Sharing Raises SIDS Risk in Some Cases but Not Others
Dave Taylor, a Boulder, Colo. father of three school-age kids, is one of the growing number of people who ignored pediatricians' warnings against bed-sharing as a way to reduce Sudden Infant Death Syndrome, or SIDS.
I have three kids and they have all survived their babyhood and we co-slept with all three of them," Taylor, author of the Attachment Parenting Blog, APParenting.com, said of his children who are now 12, 9 and 5. "It started out with baby cuddling with mamma and, as they got bigger, they took over the bed. The real issue is room in the bed."
Since the 1990s "Back to Sleep" campaign reduced SIDS deaths by 50 percent, a laundry list of new advisories for parents such as removing pillows or blankets has halved the rate of SIDS once again.
But new research out of England suggests that the risks for SIDS are more nuanced than once thought.
"The findings suggest that much of the risk associated with co-sleeping may be explained by the circumstances in which the SIDS infants were found," Peter S. Blair of the University of Bristol said in a study published Tuesday in the British Medical Journal. . . . . . .
Read More
____________________________________________________________
at 10:45 PM

Background
Excessive alcohol use during pregnancy has been associated with adverse maternal and neonatal effects. It is therefore important to develop and evaluate effective interventions during this important time in a woman's life. To our knowledge there have been no systematic reviews of randomised control trials (RCT) in this population.

Alcohol Use in New Zealand
Key Results of the 2007/08 New Zealand Alcohol and Drug Use Survey
Summary of publication
This report presents the key findings about alcohol use and alcohol-related harm among New Zealand adults, from the 2007/08 New Zealand Alcohol and Drug Use Survey. The survey measured alcohol and drug use among over 6,500 New Zealanders aged 16–64 years from August 2007 to April 2008.
The report covers past-year alcohol use, frequency of drinking, harms related to people's own drinking and to other people's drinking, and help sought for alcohol use. A separate publication will report the findings about the use of other recreational drugs by New Zealand adults.
Key findings from the report include:
Alcohol is the most commonly used recreational drug in New Zealand, with 85% of adults (aged 16–64 years) having had an alcoholic drink in the past year.

Alcoholics Anonymous: Key Research Findings from 2002–2007
Alcoholism Treatment Quarterly, 27:349–367, 2009
Alcoholics Anonymous (AA) and other 12-step programs represent an affordable and widely accessible community-based resource forthe estimated 18 million Americans with alcohol-related disorders.
While substantiating information regarding 12-step programs remains challenging due to their autonomous structure and emphasis on anonymity, an ever increasing body of research provides a wealth of data regarding AA’s efficacy, mechanisms of change, and viability for various special populations.
This review presents key empirical findings from 2002 to 2007 in these areas, as well as proposes recommendations for future research.
Read Full Abstract