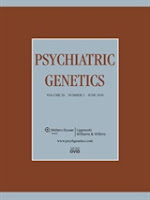 Each of these regions has shown previous evidence of linkage and association to substance dependence as well as other psychiatric disorders such as mood and anxiety disorders, attention-deficit hyperactivity disorder, and schizophrenia, thus suggesting potentially broad relations between these regions and psychopathology.