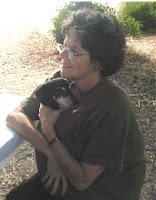 
At the 38th Annual Medical Scientific conference of the American Society of Addiction Medicine Lee Ann Kaskutas Dr. P.H. delivered the keynote plenary address and received the 2007 Brinkley Smithers Distinguished Scientit Award for contributions to the field of addiction medicine.

The R. Brinkley Smithers Distinguished Scientist Award and Lecture was established by ASAM in 1995 as a lasting tribute to R. Brinkley Smithers who influenced American alcoholism policy, theory and treatment. Through his dedication and philanthropy he created a far greater understanding of this treatable disease.

The Award is to recognize and honor an individual who has made highly meritorious contributions in advancing the scientific understanding of alcoholism, its prevention and treatment.

The Award and Lecture is sponsored by the Christopher D. Smithers Foundation.

The Award is presented annually at ASAM’s Opening Plenary Session during its Annual Medical-Scientific Conference.