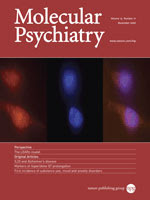 Genetic factors, externalizing personality traits such as impulsivity, and brain processing of salient stimuli all can affect individual risk for alcoholism.

Here we report the association of two of these GABRA2 variants with measures of alcohol symptoms, impulsivity and with insula cortex activation during anticipation of reward or loss using functional magnetic resonance imaging (fMRI).

A subset of offspring from these families (n=44, 20 females), genotyped for GABRA2, participated in an fMRI study using a monetary incentive delay task.

Our results suggest that GABRA2 genetic variation is associated with Impulsiveness through variation of insula activity responses, here evidenced during anticipatory responses.