Stigma in America: Has Anything Changed?: Impact of Perceptions of Mental Illness and Dangerousness on the Desire for Social Distance: 1996 and 2006 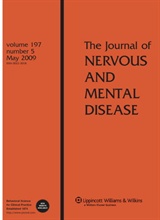 Data from the 1996 and 2006 General Social Survey were analyzed to examine the relationship between the desire for social distance from individuals with mental illness and a number of factors that were thought to contribute to it, including perceptions of mental illness and dangerousness.
Random samples of participants were assigned to one of four experimental conditions, in which they were read a vignette describing a character who presented with alcoholism, depression, schizophrenia, or minor problems.
The desire for social distance from characters whose presenting problems were alcoholism or depression was significantly lower in 2006 than in 1996. The participants' perceptions that the character was mentally ill and/or dangerous to others partially mediated the association between presenting problem and social distance.
Participants who were younger, white, better educated, and attended religious services more often required less social distance from the vignette characters than did their counterparts.
Read Full Abstract
Request Reprint E-Mail:  nsilton@healthcarechaplaincy.org.
at 11:43 PM