Do Importance of Religious Faith and Healthy Lifestyle Modify the Relationships Between Depressive Symptoms and Four Indicators of Alcohol Consumption? A Survey of Students Across Seven Universities in England, Wales, and Northern Ireland 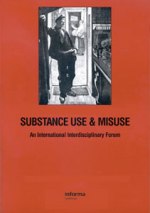 We examined the associations between depressive symptoms and four indicators of alcohol consumption (high frequency of drinking, frequency of heavy episodic drinking, problem drinking, and possible alcohol dependence). We also explored whether personal importance of religious faith as well as healthy lifestyle had any modifying roles in these relationships.
During 2007–2008, 3,220 students at seven UK universities completed a questionnaire containing questions on CAGE, frequency alcohol use, heavy episodic drinking, modified Beck-Depression Inventory, physical activity and sleep, and importance of religious faith. Multivariate logistic regressions were performed separately for four alcohol consumption indicators, stratified by gender.
Controlling for demographic variables, depressive symptoms were positively associated with problem drinking and possible alcohol dependence for both genders. Religiosity was negatively associated with frequency of drinking and heavy episodic drinking among both genders, while healthy lifestyle was not associated with any of the four measures of alcohol consumption among both genders.
No evidence suggested that either religiosity or healthy lifestyle modified the relationships between depressive symptoms and any of the four measures of alcohol consumption.

This study shows a link between hazardous drinking and mental ill health and suggests religiosity as a protective factor for high alcohol consumption. Promotion of students’ mental and spiritual health could have a preventive role in hazardous drinking at universities.