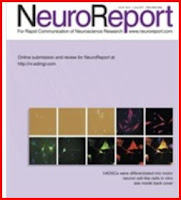 Intracerebroventricular injections of angiotensin II (ANG) and nicotine activate the subfornical organ (SFO), an essential central nucleus for ANG-induced drinking.  Nicotine has been, however, reported to induce little drinking behavior.

To clarify this paradox, we investigated effects of nicotine and ANG on activity of SFO neurons and drinking behavior.
In extracellular recordings many SFO neurons (57%) were excited by the both drugs. The nicotine-induced excitation was transient, whereas the ANG-induced was long-lasting. After intracerebroventricular injection of nicotine, the latency to drinking was dose-dependently shortened, but the drinking volumes were much smaller than those by ANG.
These suggest that central nicotinic activation contributes to induction of drinking behavior while drinking volume is small because effects of nicotine on neurons are short-lasting.